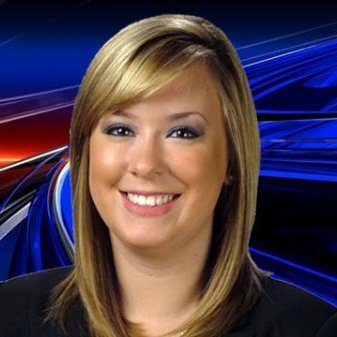 Involvement in mock trial can be a life-changing experience for students, one which shapes their future even if they have no plans to enter the legal profession. One person who would certainly attest to this truth is Danielle Waugh, a Multimedia Journalist for Gannett’s NBC affiliates WLBZ in Bangor and WCSH in Portland, Maine. Danielle describes her job as a “one-man-band reporter, able to research, pitch, shoot, write, and edit every story, every day.” Danielle put her considerable talents to use in creating the CCCE promotional video which helps educators, volunteers, and sponsors understand the enormous positive impact of mock trial on students in North Carolina. (You can check out the video on our website at https://ncmocktrial.org/; click on the “What is Mock Trial?” button on the upper right corner of the home page.)

So how did a multimedia reporter in Maine come to develop a video for the CCCE? It happened through our common interest in Mock Trial since I (Sue) met Danielle when my former high school mock trial team competed at the 2010 Empire International Invitational. As Danielle explains, “Producing mock trial videos has become a bit of a side-hobby. I produce all of the videos for the Empire Mock Trial Association, an international high school mock trial competition in New York City, and produced the Opening Ceremonies video for the American Mock Trial Association’s National Championship in collegiate mock trial. Doing this work combines my love for multimedia and mock trial. I competed in mock trial for seven years: four with Syracuse University, and three with Greensburg Salem High School in Greensburg, Pennsylvania. We were three-time state champions, and my first national championship was in 2005 — in Charlotte, NC!

“In high school, I was always an attorney. Most of the time, I did the closing arguments. In 2005, my team placed 12th at nationals in North Carolina. I still remember the event at the race track and doing a lap in a car! In 2006, my team placed 4th at nationals in Oklahoma City, and I won an Outstanding Advocate award. It was a really life-changing experience for me. I remember my teammates and I leaving that competition and returning home, not only feeling like champions — but also feeling like our futures were bright, and anything was possible. Over those three years, our team was made up of the same core of students, so we really became a family!

“Even though I haven’t gone into law professionally, I can’t imagine my career without [mock trial]. First and foremost, mock trial gave me the self-esteem to go into TV news. The speaking skills prepared me for my performance on-air, especially in live shots. I very rarely get nervous — and I think it’s because of all my practice in front of a jury. [My mock trial experience] also gave me a kind of ‘expertise’ in my first job.”

As Danielle so eloquently relates, involvement in mock trial is enormously beneficial to students on a multitude of career paths. We are glad that Danielle’s “North Carolina Connection” was a positive experience for her, and we are very grateful that she used her considerable talents to give back to the CCCE!!